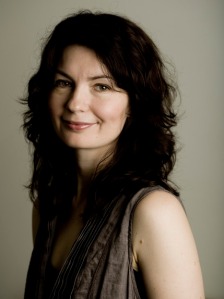 Sydney-based writer Kirsten Tranter has published two novels in quick succession, The Legacy and A Common Loss, to international critical acclaim. While she has written widely about the trials and tribulations of writing a second novel, the setting of A Common Loss (the neon streets of Las Vegas) has distinguished her writing from other Australian contemporaries.

The complexity of Vegas — where people dream, work, gamble, are seduced, marry, play, and drink themselves to death in giant rooms under flashing lights — is the perfect setting for this book about a man, an intelligent man, an academic, who realises he’s not as aware (or even self-aware) as he thought he was. Eventually, in Vegas, he begins to see behind the surfaces to the wear and tear.

A keen supporter of the Stella Prize, Kirsten wrote a terrific article for the Wheeler Centre on why women are missing from the literary pages (and what we can do about it).

While Kirsten grew up in Sydney (and lives, teaches and writes there now), she was living in New York, completing a PhD in English on Renaissance poetry at Rutgers University, when she found out she was having a baby. I spoke to her about trying to juggle the early stages of a writing career with having her first child.

When you were pregnant, what were your expectations regarding having a baby and writing? Were you planning to write after the baby was born?

When I was pregnant I was still writing my dissertation in English at Rutgers; my plans for novel writing were still very vague. I expected to be able to write after the baby was born. I overestimated how much time I would have to do that. That is an understatement.

What was it like in reality? Did you get any writing done in the first year after your baby was born?

It was a very difficult year for my family in lots of ways: each one of us had serious medical issues, and when Henry was about nine months we relocated from New York to Sydney. For the next year I held around four part-time jobs including teaching and research assistant work while I struggled to keep going with my dissertation and gradually got my health back on track. I was teaching creative writing for the first time and it was a really new thing to think about myself as that sort of writer; I hadn’t published much for a long time and I felt like a bit of a fraud I think. But I had some small bits and pieces of this novel I’d been working on for several years, and I decided to apply for an Australia Council grant. To my huge surprise I was successful. When the grant came through we were back in the US, and it was a great spur to finish my PhD. I didn’t let myself write a word on the novel until the dissertation was done, and then I dived into it with enormous joy and relief. I used the grant to pay for childcare, and having three or four days a week with a decent chunk of time to myself changed everything.

Did you find it difficult to sit down and write? Or was it the opposite? Were you more creative, as you had less time, and had to be super disciplined?

Once we had childcare in place, around the time my son turned three, I was able to structure in time to write. Having such limited time made me far more disciplined than I had ever been before. I wrote my first novel in around 8 months (125,000 words) once I finished my PhD and gave real time to it, though I’d been tinkering around the edges of it for several years before that. 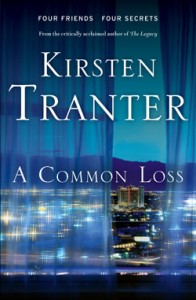 Did you find the experience of motherhood starting to seep into your characters? Into the way you portray people?

I’ve actually thought a lot about this since I first contemplated your question, and it’s very complicated. I do feel like a different person in many ways since becoming a mother, but I didn’t settle down to full-time fiction writing until after I became a mother, so there’s no precise “before” and “after” story in my case.

Finishing my dissertation certainly had a huge impact on my confidence in my ability to imagine and complete a big, complex writing job. But the experience of childbirth itself was also radically transformative, and perhaps provided some of the courage that fuelled that project too. I had a very difficult experience in hospital with Henry’s birth, and survived it with a totally new sense of my own capabilities.

Motherhood has changed how I see the world and other people because of my intense attachment to Henry, in two key ways I think. The first one is the intense emotional vulnerability that comes with being a parent. Someone once described it to me as this tremulous sense of having your own heart or some essential part of yourself outside your body, in the body of this other person, your child, for whom you are responsible. The other is a vastly expanded sense of compassion. I went through a phase just after Henry was born where I could see the baby in every person I passed on the street, the child they once were, small and vulnerable. It was a kind of softening of judgement towards people in general.

As a writer I’ve become very interested in questions of moral complexity in the way I shape stories and characters, and I find writing to be in many ways an exercise in compassion or not judging. For me that’s the only way to approach character, to be open to the variety of choices that characters make, to understand those choices even and especially when they are not obviously the morally “right” choice, or when no “right” choice is obviously available. I’m sure my capabilities of non-judgement have been extended by parenthood, and this is one of the many things I didn’t expect but for which I am grateful.

There’s one line in The Legacy that I genuinely don’t think I could have written before becoming a mother. The book was being revised before undergoing a big structural edit, and my editor had asked me to include more detail about the developing relationship between my narrator, Julia, and her friend, Ralph, with whom she is hopelessly in love (unrequited). I wrote a couple of paragraphs extending on the idea that Julia didn’t believe in love at first sight, so she didn’t recognise it when it happened to her. And I wrote this sentence, one that I’m quite proud of, and recognised at the time as being somehow just right:

It made more sense to me later to believe that my feelings for Ralph grew over time like a friendship – like our friendship actually did – but in reality the dark heart of it, complete and complex as an old city, was there from the very start. 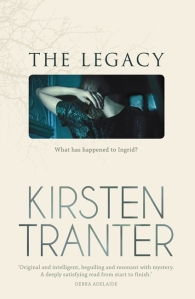 This sentence draws on the shocking experience of overwhelming affect that I felt when I saw Henry for the first time. Of course I’d become attached to this baby as he had grown inside me and kicked and squirmed around, but I was totally unprepared for that first rush of love: I distinctly remember reflecting on it in architectural terms, and thinking that I had been granted a new perspective on a phrase from Raymond Williams I’ve always loved, “structures of feeling”. It was as though I’d gone from having a vague expanse, an indistinct landscape of attachment and trepidation inside me, at one moment – and then turned around the next moment to find that not just a building had been erected there somehow instantaneously, but an entire ancient city, with the kind of depth and intricate complexity that only comes with long history. A brand new structure of feeling. It redefined love for me; it redefined feeling.

Have you written about any mothers in your fiction before or after the birth? Did having a child mean you had to go back and rewrite or change characterisation?

I have written about mothers but not in any direct way; none of my main characters are parents. Being a mother has I think changed the way I read in more obvious ways than how I write. I’m super-sensitive now to anything to do with motherhood and loss; I find it very difficult to bear stories that involve children and suffering.

I don’t think it’s necessarily true that motherhood is one of those experiences you have to go through yourself in order to write about it effectively or convincingly in fiction. After all, so much of what fiction is about is the ability to extend the boundaries of your own experience, to take the imaginative leap into the experience of another. But in my case as I mentioned above, motherhood has actually enabled that imaginative movement in important ways. I think I probably could write about it now much better than I could before, partly because I have the experience to draw on, but also because it’s made me more patient and better in general at imagining myself into the situation of others.

DEAR READER, WHAT DID YOU FEEL WHEN YOU FIRST SAW YOUR BABY’S FACE? Would love to hear your comments…

Wild Colonial Girl now has her own page on Facebook. If you could LIKE I would really LOVE!