Archive for the tag “indelible ink” 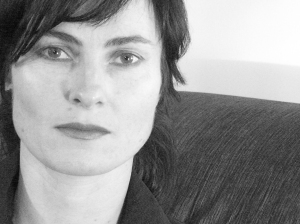 When I started writing my first novel (for a research masters in creative writing at the University of Sydney) I wrote from a daughter’s and a mother’s perspective. I was not a mother. But I had my own to fall back on. And many others to observe. I remember asking Sue Woolfe (my supervisor) whether I needed to be a mother to fully realise such a character? No, we agreed. It may help. But a character is a character is a character. There’s much debate about whether a white writer can write a character with an Aboriginal perspective; whether a male writer can fully inhabit the body/mind of a woman; even whether a writer can capture a sense of place if they’ve never set foot there.

I understand where these concerns come from but I’m all for experimenting. Where else, but in fiction, can we start to re-imagine, re-invent lives, explore the limits of who we are. I think it comes down to compassion for characters, the ability to drill into the psychology of another person (at any moment in time and place).

During the slow process of writing the novel, I became pregnant and had a baby. Then another one. I started recording the day to day changes. And I realised that my mother character, while not way off the mark, just didn’t have those detailed observations, didn’t fully engage with her daughter, didn’t live her life from within. I went back and started to rewrite.

The ‘Writing Mothers’ series (see also Anna Funder and Bianca Wordley) is not only about women juggling writing with motherhood. The topic can also been seen from another angle: how to write mother characters. I approached Fiona McGregor, the author of Indelible Ink (which won the Age Book of the Year award in 2011) — that features the unforgettable Marie King, a 59-year-old divorcée from Sydney’s affluent north shore who sets herself up for reinvention (and to confront her children).

Fiona, how do you go about writing a ‘mother’ character? Is it different from how you approach other characters?

FM: I don’t think it’s different in principle — a combination of imagination and empathy. I guess I attuned myself to mother-specific concerns — that is where the 24-hour job comes into play — noticing things on TV and in the paper that addressed mothers in a way that would normally not come within my frame of reference. In the same way, I was much more attuned to my sisters’ and girlfriends’ motherly preoccupations. I might do the same if my main character were an accordion player — seek that out in the world around me in whatever form. 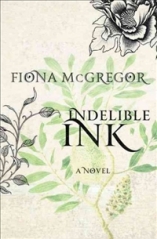 I don’t and didn’t want to see mothers as just mothers — that is part of the struggle of the mother in my book, to assert an individual self, so I would have been looking at the women in my life in the same terms. I obviously thought a great deal of my own mother, but not too much, as her life and values were pretty different and I didn’t want them to overinfluence my book, my character of Marie.

Do you research — talk to and observe other mothers — or is it about intuition?

FM: Yes, I did ask my mother friends and family stuff, and pricked up my ears at mother conversations …

Also, I’ve been lucky to have experienced through the women I know and through both my blood and my queer family a really wide range of mothers. That helps.

Intuition — yes — the turning point for me, after struggling for literally years to get inside of Marie and finding it hard, was thinking about how similar I was as opposed to how different. That is one of the most important places for the fiction writer, to keep your feet on the common ground, a fellow human thing.

Also, in terms of being attuned, my reading steered towards stories of mothers, families, the middle-class.

How much influence has your relationship with your own mother affected the way you portray mothers in your fiction?

FM: I was juggling using and learning from my mother and our relationship, and also needing to refuse it because if it had overinfluenced me it would have strangled the book and the character; it wasn’t appropriate. My mother was 20 years older than Marie, and had eight kids and worked, and was a practicing Catholic. She was educated, quite erudite and comopolitan. All these things set her worlds apart. And she was incidentally intransigent in her hatred of tattoos.

I’ve realised you’ve asked about my relationship … Well, I think what we had in common with Blanche and Marie was something very prevalent to that generation — the struggle that mothers, post-war educated mothers, have where they fulfil the traditional role and get a chance at a public independent life and sometimes make a total success of that, but much more often feel a bit torn and frustrated. Their daughters grow up with much more freedom, largely due to their mother’s efforts, and when the mothers see this they are proud and gratified but also resentful, jealous, confused. They probably feel not acknowledged enough. Sacrificial lambs … A bittersweet love/hate thing. I have observed younger mothers being much closer to their daughters, much less friction in terms of gender issues, and older mothers favouring their sons. That was the case in my family and the case in the novel.

Do you think it would be easier/different/harder if you were a mother — or do you think it’s like anything in fiction, possible to be conjured?

FM: Don’t know. I have been gratified to have scores of women of that age and so on tell me I’ve ‘got it’. That’s made me happy, to have connected with them, which is also I think a case of respecting them. One thing — if I were a mother, I could not have written a book like this which sucked so much of my time, my headspace, that kept me poor too. That is the irony.

Have you read Indelible Ink or any other books by Fiona McGregor? What did you think of Marie?

Do you have a favourite mother character in fiction? I’d love to hear them…